Over a decade before Russian President Vladimir Putin was born in 1952, James Bond was directly influencing American politics.

Not the fictional James Bond character created in 1953 and later played in movies by Sean Connery, Pierce Brosnan, or Daniel Craig. Rather, the real-life British spy and intelligence officer William Stephenson on which James Bond’s character was based. 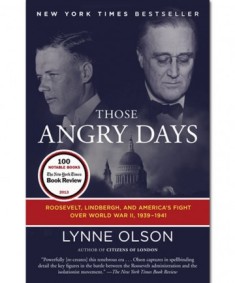 As described by Lynne Olson in her fascinating book Those Angry Days: Roosevelt, Lindberg, and America’s Fight over World War II, 1939–1941 (Random House, 2013), Canadian-born William Stephenson directed the ostensibly benign British Security Coordination (BSC) in the United States prior to WWII. The agency, however, was far from benign.

Authorized by British Prime Minister Winston Churchill, and with the knowledge of U.S. President Franklin D. Roosevelt, the agency conducted wide ranging covert actions to influence the American public to side with England against Germany.

British author William Boyd described the BSC that Stephenson guided as “the largest covert operation in UK history.” With European countries falling to Germany and England facing the real threat of being overrun by Germany “Churchill’s task, as he himself saw it, was clear: somehow, in some way, the great mass of the population of the United States had to be persuaded that it was in their interests to join the war in Europe, that to sit on the sidelines was in some way un-American. And so British Security Coordination came into being.”

According to Boyd the “BSC became a huge secret agency of nationwide news manipulation. Pro-British and anti-German stories were planted in American newspapers and broadcast on American radio stations.”

In addition, the BSC directly targeted key isolationist members of Congress through direct and covert activity in their re-election campaigns. The BSC also led smear and harassment campaigns against key leaders of the isolationist  America First organization that publicly rallied American public opinion against war in Europe.

Boyd suggests there were several hundred agents working for the BSC in America, with some suggesting the number of BSC agents could have been as high as 3,000.

Guiding these efforts was William Stephenson, on which Ian Fleming based his James Bond character.  It was Stephenson himself who first preferred his martinis “shaken, not stirred.”

When it comes to covertly influencing foreign domestic politics, however, the United States can give as good as it gets.

Another equally fascinating, though decidedly 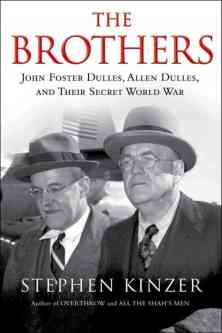 disheartening, book “The Brothers: John Foster Dullers, Allen Dulles, and Their Secret World War,” written by Stephen Kinzler, describes how as Secretary of State and Director of the C.I.A., the Dulles brothers directed covert operations around the world that brought down several foreign leaders. These actions were undertaken with the consent of U.S. President Dwight D. Eisenhower who preferred covert actions as an alternative to military intervention.

The Dulles brothers were guided by their belief that the best way to spread American influence around the world was to expand and protect American business interests. Thus, popular and democratically elected Iranian Prime Minister Mohammad Mossadegh was targeted after he sought to nationalize Iran’s oil industry and pass other reforms that threated the profits of American corporations.  Guatemalan President Jacobo Arbenz was targeted after his political reforms threatened the corporate profits of the United Fruit Company. Covert C.I.A. actions successfully rallied the public to bring down both leaders.

Foreign leaders deemed as too sympathetic to communism were also targeted.  When Dulles found out that Time magazine was going to feature Congolese leader Patrice Lumumba on the cover on the cover of its Aug 22, 1960 addition, Dulles pleaded with Times editor Henry Luce to remove it. With the edition literally set to go to print, Luce agreed to replace Lumumba’s picture with that of U.N. Secretary General Dag Hammarskjold.  Lumumba was killed only 200 days after his inauguration.

President Kennedy often quoted Thomas Jefferson when he said, “A nation that expects to be ignorant and free, is expecting something that never was and never will be.”

The biggest threat to American democracy is not foreign influence in our democratic process, but ignorance and laziness with the facts. Both the American press, and the American public, must be vigilant and insistent on knowing the real story. Failing to educate ourselves will leave our democracy not just stirred or shaken, but destroyed.